On Sunday, the province announced it was cancelling all classes in Alberta and closing all licenced daycare centres. Some small dayhomes were permitted to stay open because they have a small number of children in care. Read Global News' article here.

The province will abandon the early childhood education accreditation process that has been in place for 16 years to cut red tape, according to the Ministry of Children's Services. Read Edmonton Journal's article here.

One of our dayhome educators appeared in the January 2020 issue of AECEA Newsletter. Yolanda has been an educator for 15 years, split between Canada and her home country of Colombia. One of her most cherished moments as an educator was seeing tears rolling down a mother's face on the last day of care for her son. It made her realize how much the care educators provide mean to parents.That's part of why, as a day home educator, she finds it frustrating dealing with the lack of benefits and the fact that her salary is dependent on how many children are in her care. She knows how valuable the care she provides is to families

MacEwan University's Faculty of Health and Community Studies is launching a new Bachelor of Early Childhood Curriculum Studies (BECCS) program. Early childhood educators foster our youngest citizens' growing sense of identity and well-being through play-based learning. Students in the BECCS program will learn about the unique curriculum needs of early childhood learning as they develop a deep understanding of Flight: Alberta's Early Learning and Care Framework, which guides the work of educators of young children (from birth to age six). Read the MacEwan University press release.

Most Canadians well understand there is a child care crisis in Canada. Locating and accessing a quality child care space is a nightmare for most parents, as is paying the child care bills that cost significantly more per year in most regions of Canada than college or university tuition (keeping in mind that families have 18 years to save, tax free, for their children's post-secondary education.) It's no wonder that household debt in Canada is at record highs. But the other child care crisis, perhaps the underlying crisis in Canada, lies with those who educate and care for our children. Read the full article here.

Opinion: Quality, affordable childcare is in the public's interest

For many Alberta families, childcare services are a necessity. But when it comes to childcare in Edmonton, there's a serious gap between what's needed and what's available. 66% of the city's licensed childcare facilities are already full to capacity and can only offer families a place on their wait lists. When spaces are available, they aren't necessarily affordable - median monthly cost of $885 per child puts quality chilcare out of reach for many families, particularly those with low income. According to Nicki Dublenko, Chair of the Association of Early Childhood Educators of Alberta, our current system only has space for 25% of the children who need care. EndPovertyEdmonton sat down with Nicki to talk about why access to childcare is important, how it relates to tackling poverty, and what it would take to build a childcare system that truly meets families' needs. To hear what that system might look like and the steps we can take to get there, you can watch the highlights of the conversation with Nicki here.

Some private operators are raising fees to afford the new $15 hourly wage. Read the CBC article.

The educational equivalencies and language proficiency requirements for child care staff certification are changing. Effective April 2, 2018, here is an overview of certification changes.

By Spring, hundreds of Alberta families will pay $25 a day for child care, which is about $500 a month. The Alberta government fulfilled its election pledge, but only a fraction of what was first promised. Laurel Gregor, of Global News reports. Watch the video below. 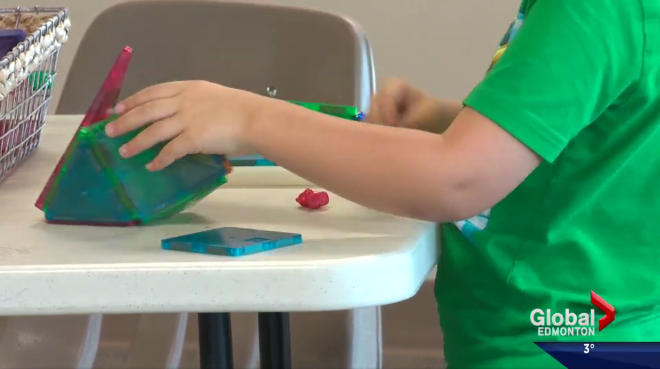 Licensed VS. Unlicensed Day Homes: Do their track records speak for themselves?

Ryan Jesperson speaks with Nicki Dublenko, Chair of the Alberta Child Care Association about recent heart-wrenching stories that have caught our attention and the differences between unlicensed and licensed day homes. Click here for full story.

Taking Precautions when Picking a Dayhome

Alberta Primetime interviewed Child Development Dayhomes' Cheryl Crowther about taking precautions when choosing a dayhome and the advantages of going with an accredited dayhome over a private babysitter. Watch the video below. 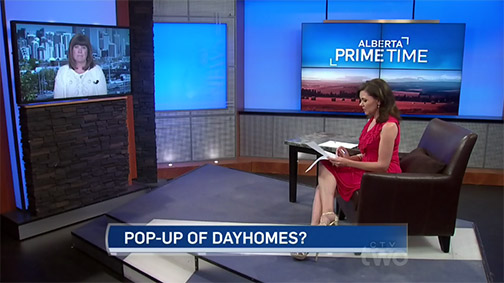 On June 29, 2016 the Government of Canada introduced new Cribs, Cradles and Bassinets Regulations (CCBR) to improve the safety of these products for infants and young children. The new Regulations, which will come into force on December 29, 2016, include a prohibition on the sale, importation, manufacture or advertisement of traditional drop-side cribs. While traditional drop-side cribs are mostly unavailable in the Canadian marketplace, they may still be found as remaining inventory in some new and second hand stores, and at garage sales. The new CCBR also introduce new requirements and test methods for accessories and stands that are used with cribs, cradles and bassinets. The new Regulations will replace the current CCBR to strengthen the requirements for these sleep products. It is important to note that the new CCBR will apply to all cribs, cradles and bassinets that are: manufactured, sold, advertised or imported into Canada given away or sold second-hand. Health Canada advises parents and caregivers to verify that any crib, cradle or bassinet that they use meets current Canadian safety regulations. For the complete news release, click here.

CDDHE Executive Director Becomes a New Rep to the CCCF

The Alberta Child Care Association (ACCA) has a new rep to the Canadian Child Care Federation effective immediately as Nicki Dublenko takes over for Marlene Alcon Kepka. Nicki is the ACCA Chairperson, a member of the CCCF’s Leader’s Caucus in Alberta, and the Executive Director at Child Development Dayhomes in Edmonton. She was also just selected to be a participant in the Max Bell Institute for Public Policy in Calgary.

Dayhome Provider Nisha and her dayhome children went to drop off their library books at Millwoods Town Centre when they noticed all the police, reporters, and cameras. They wondered what was going on and they asked people around them. Maddix walked to the police and asked "Is everything ok? What happened?" The policeman answered that the Prime Minister is inside and that is why there is all the security. Maddix then asked Nisha "Who is Prime Minister?" to which Nisha answered "We have a Prime Minister to lead our country, Canada." Nisha asked Maddix "Who is the leader at your home?" Nevaeh quickly said "Mom!", and Maddix added "and dad." They were very excited to see PM Trudeau and wanted to say hi. There were so many people in the line when PM Trudeau came close to them. Maddix told him "My uncle's name is Justin too." 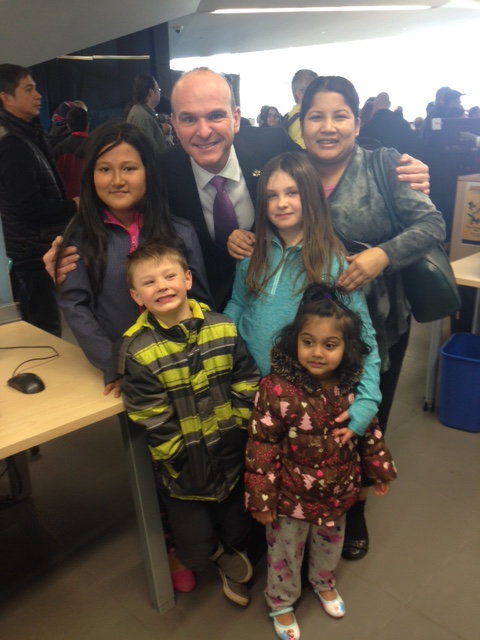 On March 23, 2016 Nicki Dublenko, Board Chair of the Alberta Child Care Association and Executive Director of Child Development Dayhomes Edmonton presented to Premier Notley and Honorable Minister Ceci prior to the release of the budget.

This presentation highlighted to Premier Notley and Honorable Minister Ceci some of the issues and concerns facing ECEs in the field. Some highlights from the presentation included the current compounding issues in early learning and care such as:

Research shows that the educational preparation and ongoing learning of staff remain central to the quality of early learning and care. The knowledge, skills and competencies educators bring to early learning and care shapes their quality and contributes significantly to the experience of children and their families (OECD, 2006 and 2012).

The Alberta Child Care Association is currently developing and in discussions with human services staff about a provincial framework that would see an increase in the educational preparation and professional learning of early childhood educators as well as appropriate remuneration for their work.

Specific to this discussion about jobs and economic diversification the Alberta Child Care Association sees an Opportunity in the upcoming budget to invest in the development of the early learning and care workforce. As shown in the past and in other jurisdictions A strategy such as this will Attract and recruit people to the field. Will help retain those in the field already. And will then elevate the level of quality for children and families in Alberta and therefore see a return to the Alberta community as a whole.

Nicki is a mom to two young children and wife to husband Aaron. She is also an inspirational leader in the early learning and care field. As a Family Child Care Agency owner and Executive Director Nicki is very involved in the day to day operations along with putting in many volunteer hours to advocate for children, families and early childhood professionals.

Nicki works hard to create awareness of the need to be informed and engaged in policy decisions. She is the Chair of the Alberta Child Care Association and member of the Alberta Early Learning and Care Leaders Caucus. She has inspired many early childhood professionals and colleagues with her determination and action to influence change in the early learning and care sector.

Nicki is forever writing letters to government officials and setting up meetings with her MLA. She is guided by strong ethics and attitudes of respecting the environment, sustainability and being an active change agent. She is hoping to participate in the Max Bell Policy Project to further support her own growth and development and to continue on in her quest to influence change at all levels. 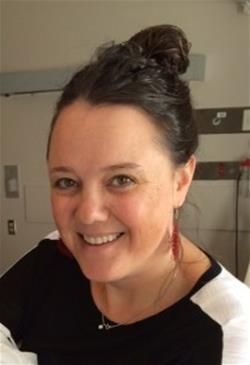 Watch a video featured on CTV with Child Development Dayhomes' Cheryl Crowther talking about the advantages of Approved Family Dayhomes.

Nicki Dublenko with the Alberta Childcare Association talks about unlicensed day homes in our province. Click here for the full story.