Today was an especially exciting day because a lot of bugs were finally coming out due to the Spring season. Keirnan was very happy to see the ants. He thought they were spiders! He was very intrigued by them and immediately wanted to stomp on them and chase them. Oliver didn't like them as much. 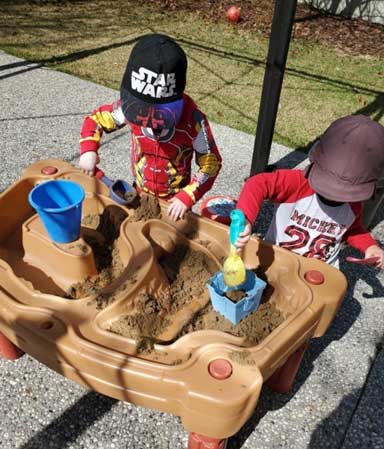 We tried a new game. They got a ring toy and the goal was to put it on a branch of a tree. It was a really challenging game but they still managed to get it done! Keirnan was really good at getting it on the tree and Oliver was struggling to get there but that didn't stop him. 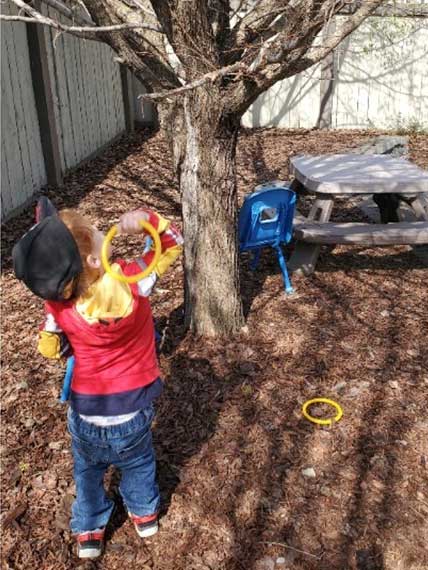 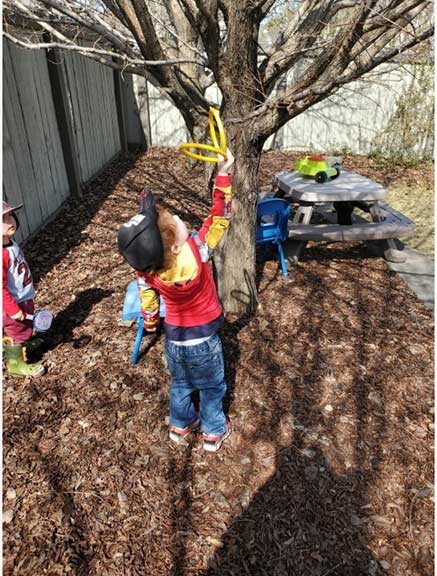 Later, I gave him a smaller branch to put his own ring on. He was so happy when he finished the job! 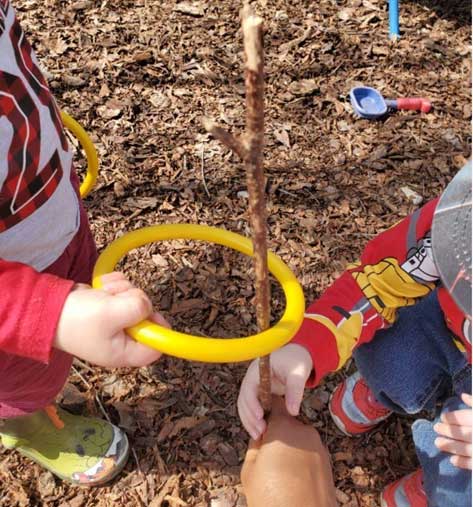