The kids were exploring and experimenting with a tube and balls of different colours, sizes, weights, and materials. At the beginning, I just laid the tube (they called it a tunnel) on top of the chair, aligned. When they started putting the ball inside, they noticed that the ball was not moving through the other end so they would lift the tube on one end. I asked them "What can we do to make the balls roll down?" Tyson ran and grabbed a book and tried to put it under the tube. Aeris, Isaac, and Josiah helped him but they observed that nothing worked. Again, they grabbed a few more books, so I helped them get it fixed. When the tube kept falling as they were rolling the balls down the tube, I asked them how to stabilize it. Tyson thought for a while then said, “Tie it on the chair.” Aeris agreed.

They learned that the ball which is made of socks that Charlotte put inside the tube can’t roll. They found out that the balls that they put followed by it got stuck. They lifted the tube and helped each other to shake it so the balls could come out from the tube. They continued playing; taking each turn putting balls inside the tube and seeing how the balls rolled down through the other end. They would also run and try to catch them. They were saying “I'm the winner!” while seeing how far their balls went. They were all happy to hear when I told them “You’re all winners!" After some time, Tyson created a noise through the mouthpiece of the tube (he said he wanted to hear his echo), followed by the other kids. They had lots of fun and learned a lot of things with this experience. 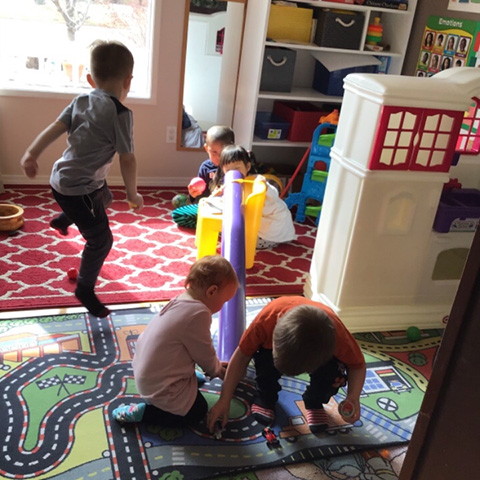 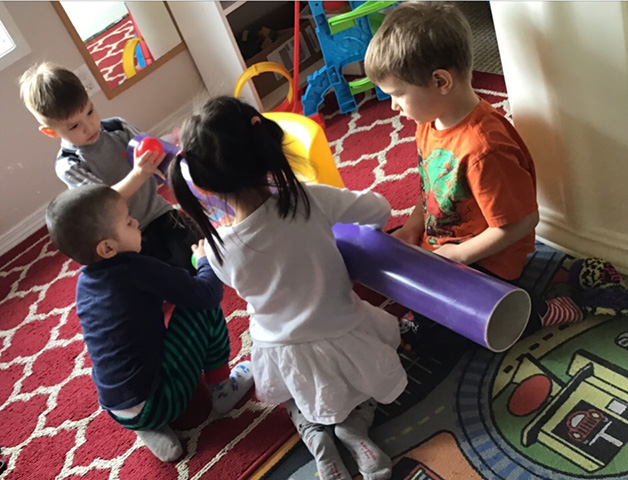 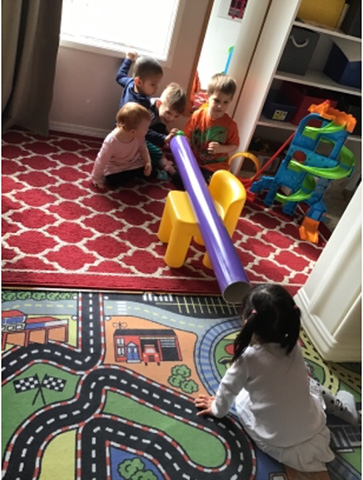 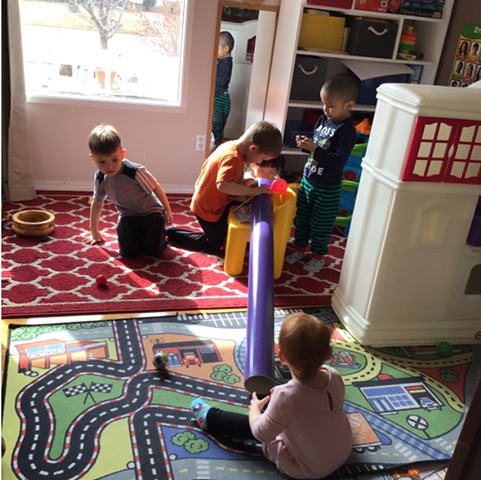