The forest was today’s big group project. We learned through craft and art about forest animals, what they eat and where they live. 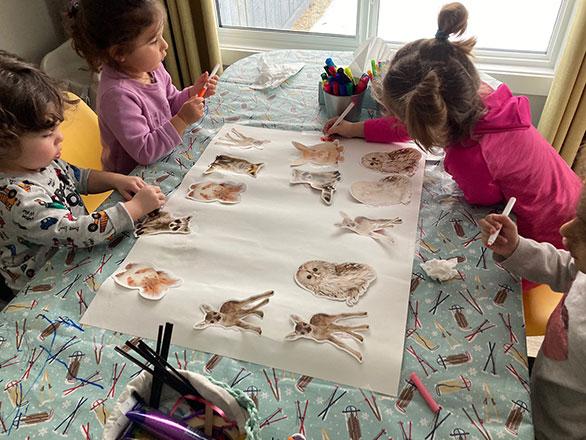 The materials I offered them were more interesting than the facts about the animals. We had one large piece of paper in the middle of the table on which the children glued pictures of forest animals. 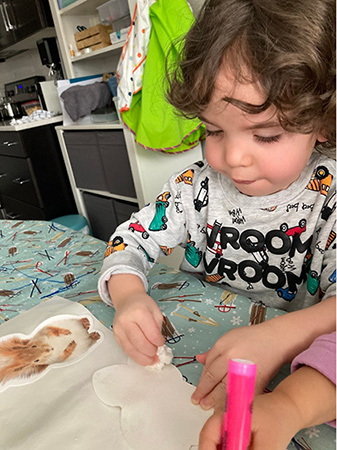 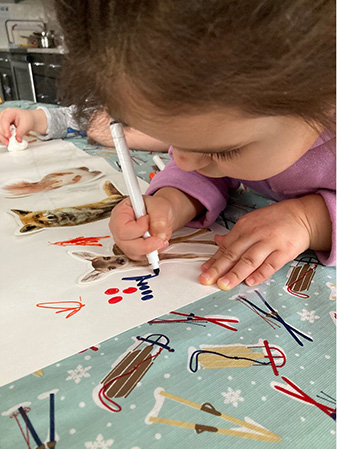 They drew animal food with markers: carrots, berries, grass… Emma made a few berries and circled her animals so that each could be in its own housing. Emily and Maureen drew carrots for rabbits. Darian studied the liquid glue, put in too much, and wiped the excess off with a paper towel. Then he applied glue again. 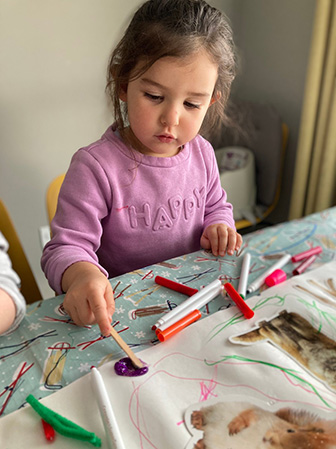 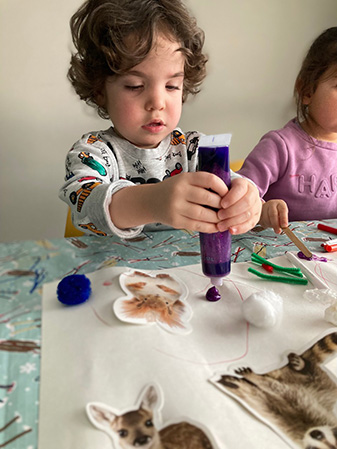 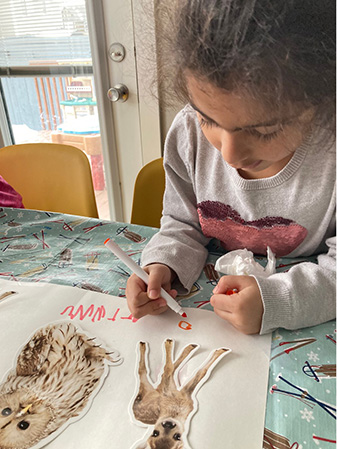 They were looking for paint and brushes to paint the forest. They found glitter among the paint, so they added that too. 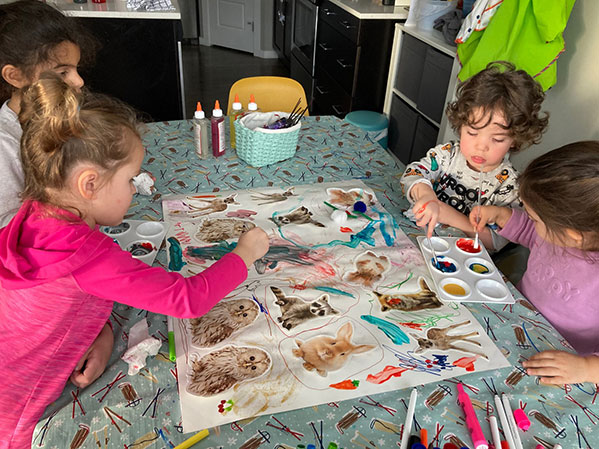 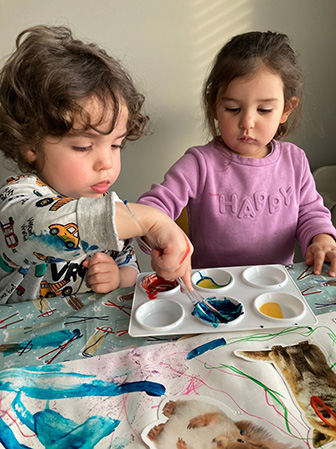 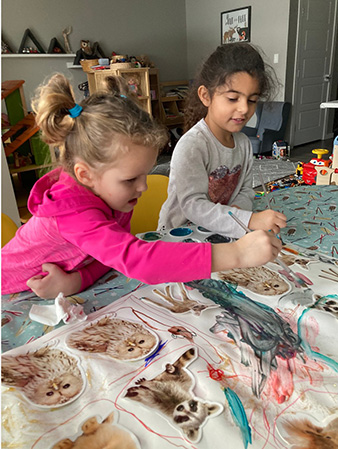 They talked, commented, were active, tried and changed materials all the time, and worked hard to the end. 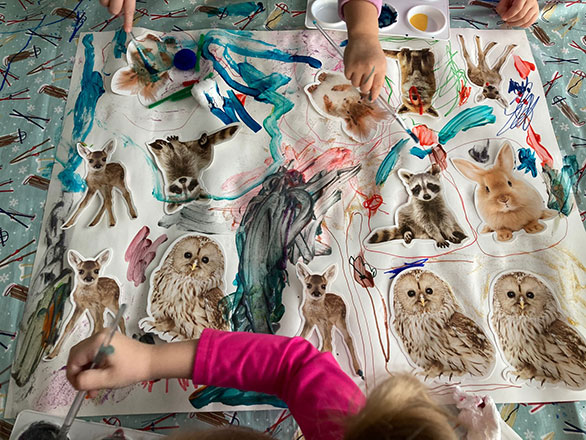 When the project was over, we agreed to put it outside at the front door so we could show it to the parents. They were proud of their work. Before the walk, everyone ran to the front door and studied their woodland. 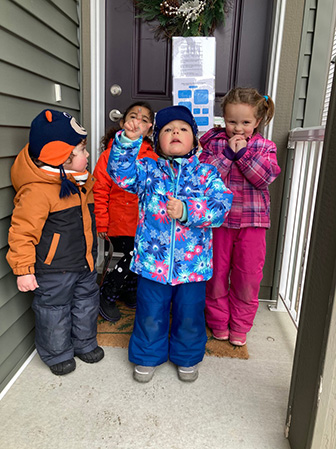 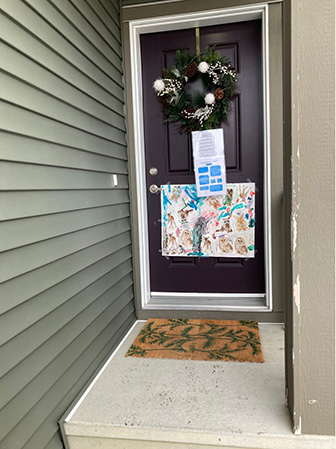