The children seemed excited engaging in different activities, including dumping snow, shovelling and digging snow. A child was asking two children what they are doing, listening to each other’s ideas, prompting them to keep digging more snow. A child said, "Let’s build an igloo." They all agreed. After days of building, they seemed happy with what they accomplished. 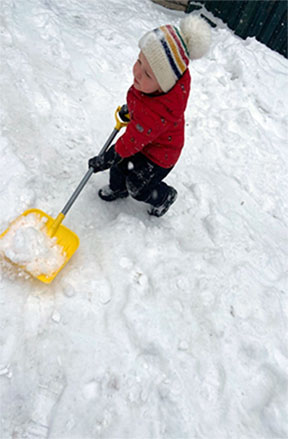 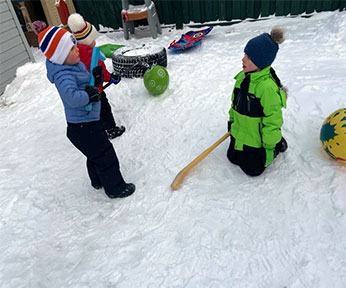 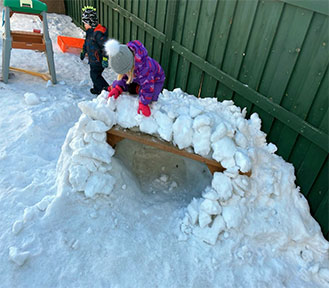 Following the children’s continuous interest, building an igloo using lots of milk jug would be a great idea! The children then have to explore the planning stages of building one. One child drew an igloo with lots of windows. Another child used stickers. 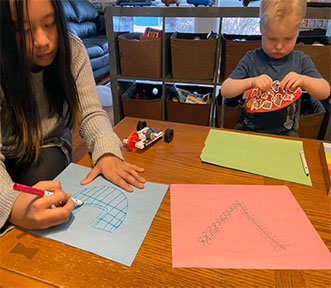 For weeks we collected lots of milk jugs, a hot glue gun and a cardboard box. It is evident that the children want to start building. The milk jugs kept on sliding and slipping but that didn't stop them from building. The children were so excited to see their igloo getting bigger and bigger. A child said, "Look, I can stand now." Other children put the milk jug covers and started counting. The children learned social skills, physical skills, and creative skills out of this experience. 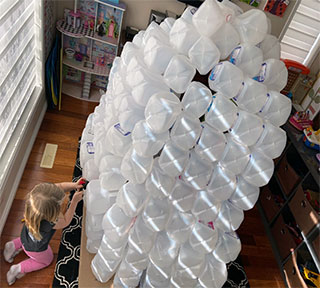 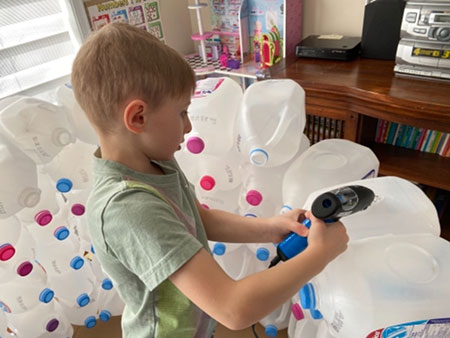 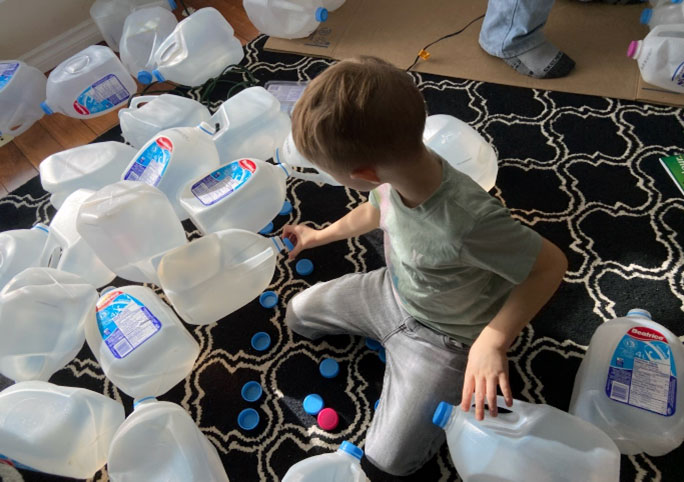 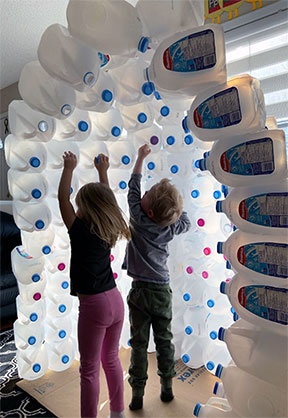 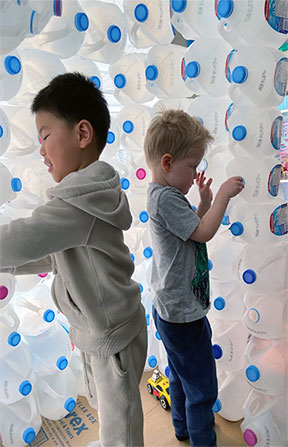 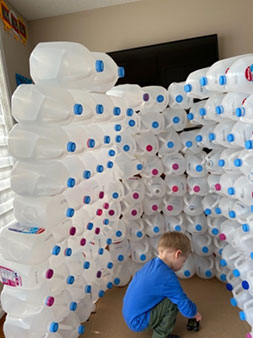