I asked the children to choose a book for our reading time the other day. Eden and Wilder handed me the Dinosaurumpus book. The next day I asked again and Eden gave me the same book. Everyone listened attentively to the story. It gave me an idea to explore dinosaurs again so I froze some in coloured water overnight. 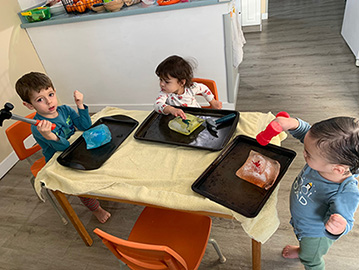 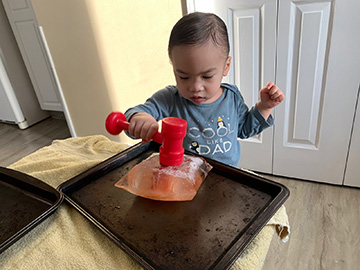 I set up the frozen dinosaurs on the table in the morning. As soon as the children arrived they noticed it. James touched it and smiled and gestured cold while Eden touched it and wanted to get the dino out. Wilder was already looking for something to use to break the ice to help the dino out of the frozen ice. He used a small rock and a plastic knife from a playdough set but nothing happened. Finally he found the construction toys and got screwdrivers and hammers for his friends. 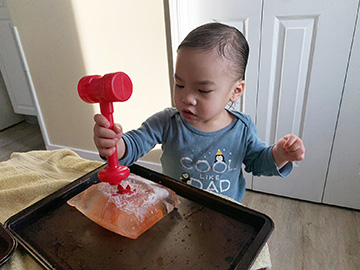 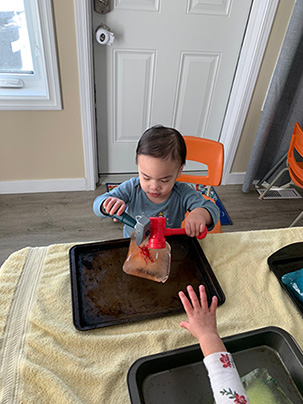 James started hammering the ice by using the top and bottom parts of the hammer. Eden focused on getting the dino out so she tried to scrape the ice through the cracks. Wilder decided to use his full strength in hammering and after continued perseverance, the ice cracked and started to break. 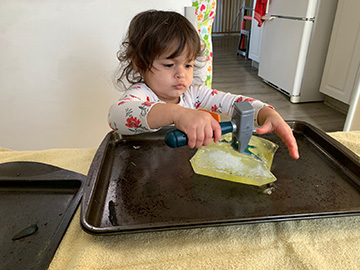 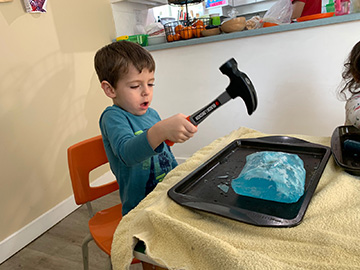 Wilder used both sides of the hammer in order to break the ice. 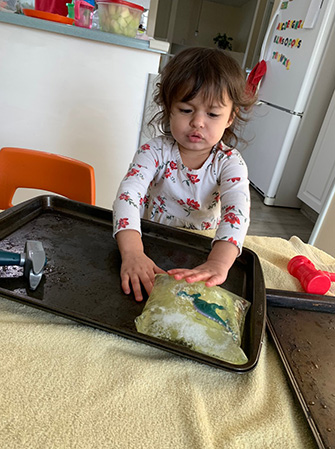 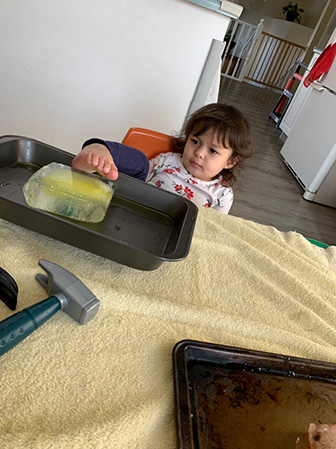 James gave up and asked me to help him. Eden took a rest and sat down on the chair while her foot was crawling up to the table and to the ice. What a fun sight! She is exploring and using her senses. I noticed they were tired so I asked them to set it aside for our lunch time but I promised them that we will check again later. After their nap everyone had a snack and while eating, Wilder was curious about the dino. As soon as they finished eating, we got the dino again and noticed it was halfway melted and its structure was coming out. They hammered it again but the ice became slippery because of the melted water surrounding it. Wilder touched it, spun it, and laughed. The air produced during spinning helped the ice melt faster. 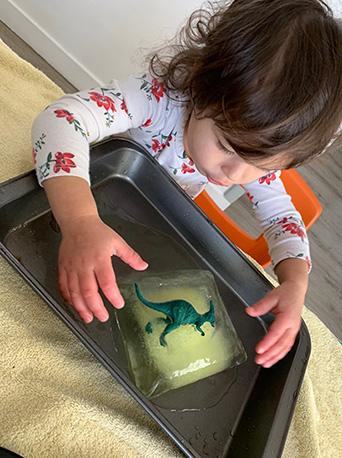 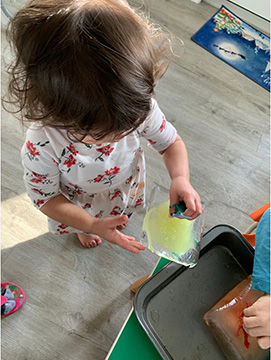 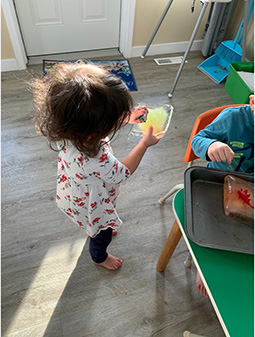 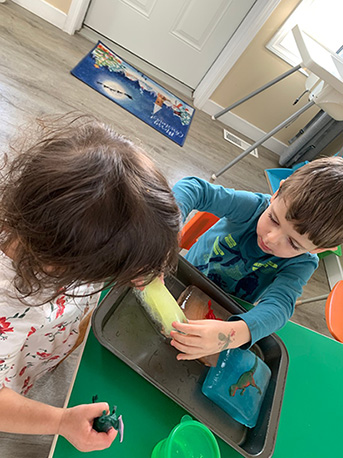 But Eden was so persistent to get the dino out that she grabbed the ice and accidentally dropped it on the floor because it was too cold on her hand. She smiled at me and when I checked, she finally freed her dino. She picked it up and kissed it and said "dinosaur mine." Wilder pursued on hammering it harder because his dino was embedded deeper in the ice. After lots of efforts he finally cracked open the ice and he grabbed the dino and said "I got it!" The children displayed seeking behaviour, looking for ways to get the dino out. They persisted and never gave up, saving the dino and caring when Eden kissed the dino as soon as she got it out. Children exhibited dispositions to learn and it was an interesting and fun activity!